The tone control was a scrapyard project… A few leftover parts from previous projects were sitting in the workshop so the idea was conceived of building something useful to add to the big KT88 amplifier (featured in a previous entry). It was also my first attempt at an audio circuit on a PCB.

There is still a practical application for a tone control, particularly with analog sources such as vinyl. In this case, the tone control was designed to sit between the RIAA phono preamp and the linelevel integrated implifier. 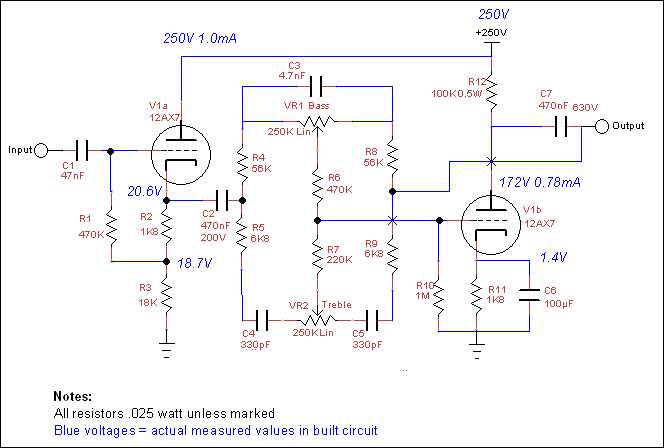 The circuit was taken from this site and then modified. The values in the treble arm were changed to make the lift and cut amounts symmetrical on treble and bass.
Running this circuit through LTSpice shows a symmetrical lift and cut, at the various setting positions of the two tone adjusters

Measurements using the function generator set to a sine sweep showed similar results, though the amount of boost and cut was less than LTSpice predicted, at ±10dB.
The project was constructed in an AliExpress aluminium chassis with the top panel removed and replaced with a clear acrylic / perspex cover, to allow viewing of the internals.
Also a bypass relay was added to each channel to allow a complete tone defeat if needed. 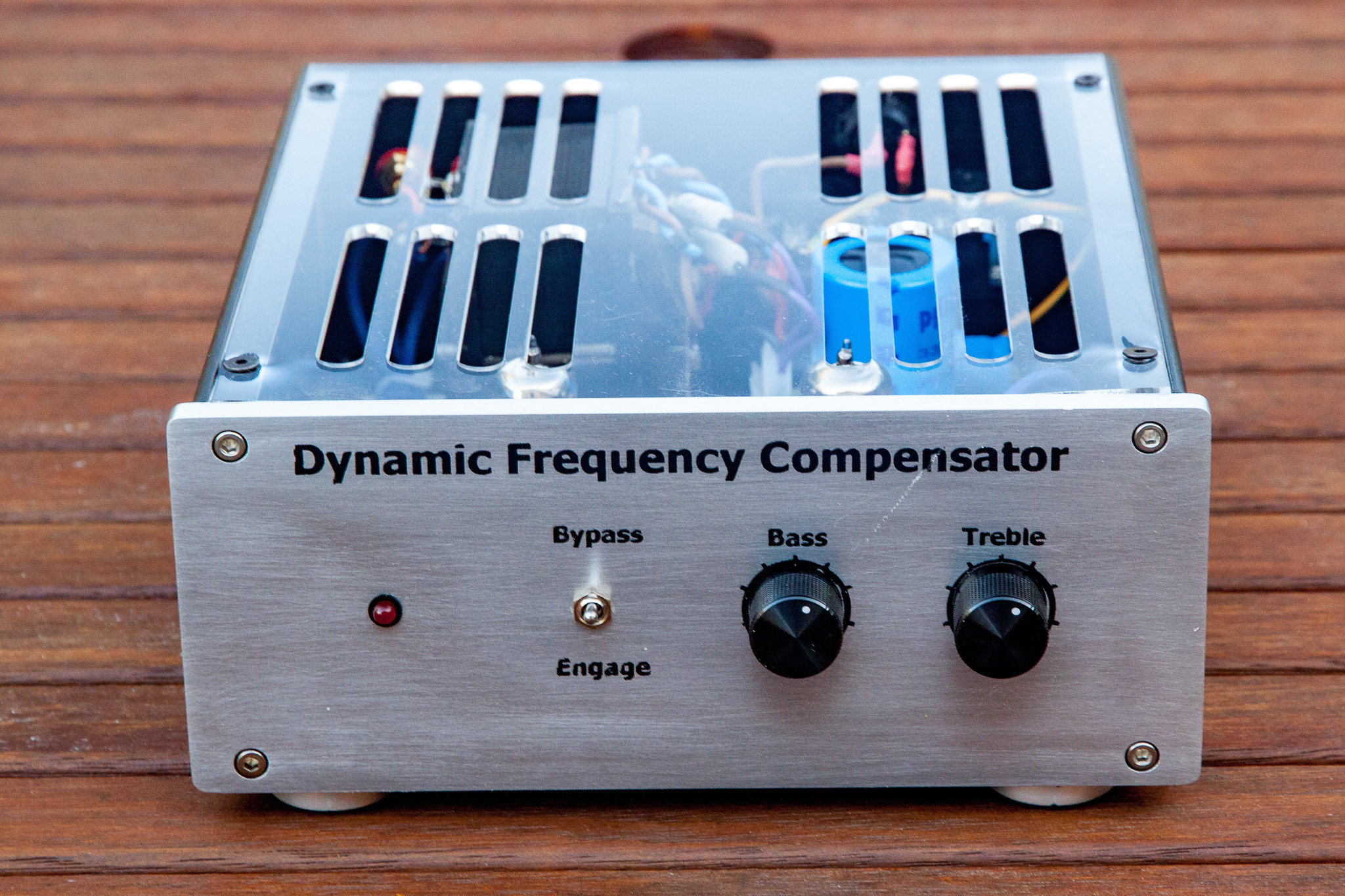 Designing the tone control presented the opportunity of designing a tube circuit on a printed circuit board.

By way of explanation: Traditional tube circuits tend to use so-called “point-to-point” wiring, rather than using a circuit board. However, circuit boards allow an item to be designed once and then built multiple times. So there are definite advantages.

In this case, an existing published circuit schematic was used, with some changes to make it more balanced. A power supply was designed – again using existing parts to hand, and a bypass capability was added into the design of the board.

The idea of placing all these electronics within view led to the replacement of the aluminium case top with clear acrylic, to allow easy viewing of the insides. 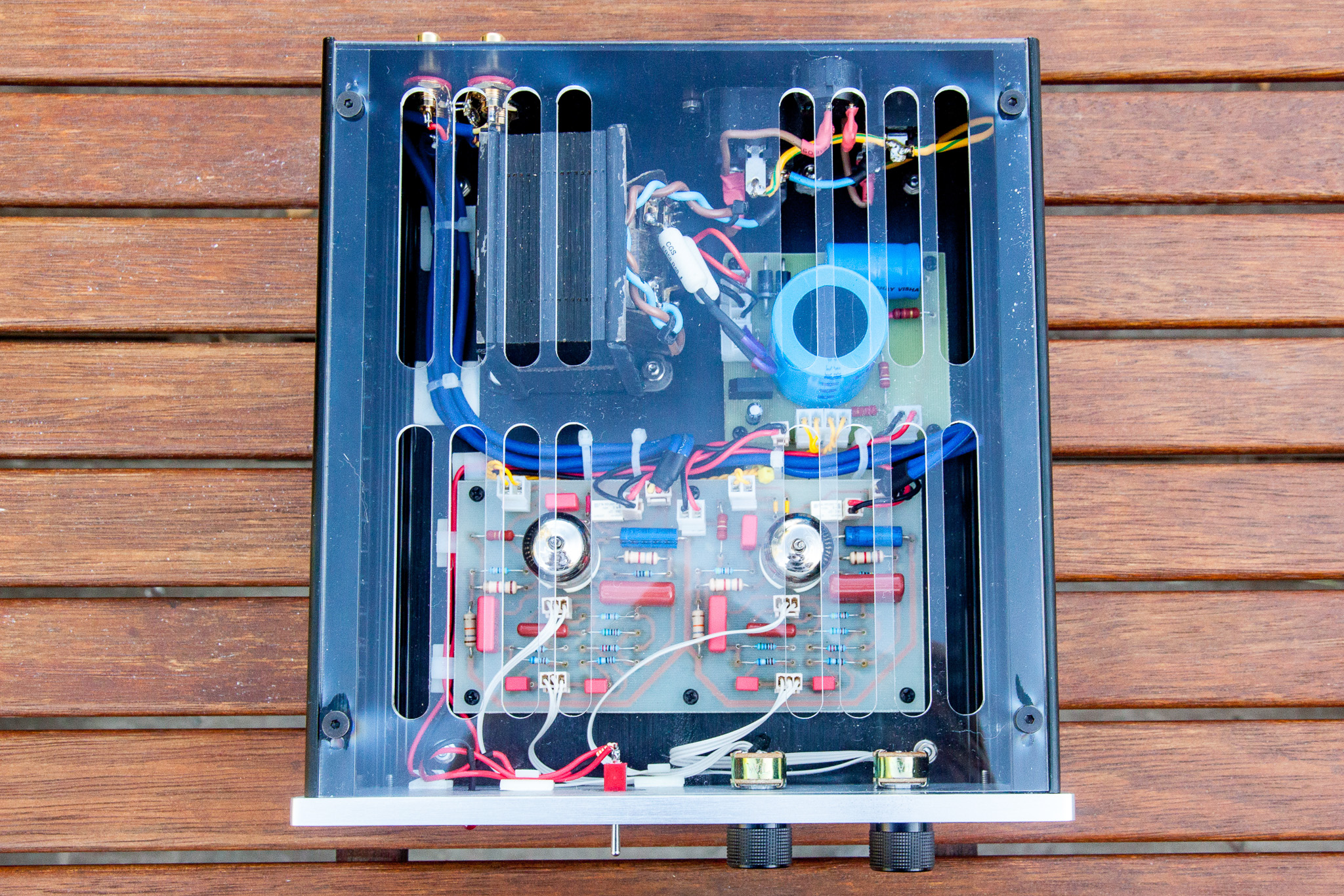 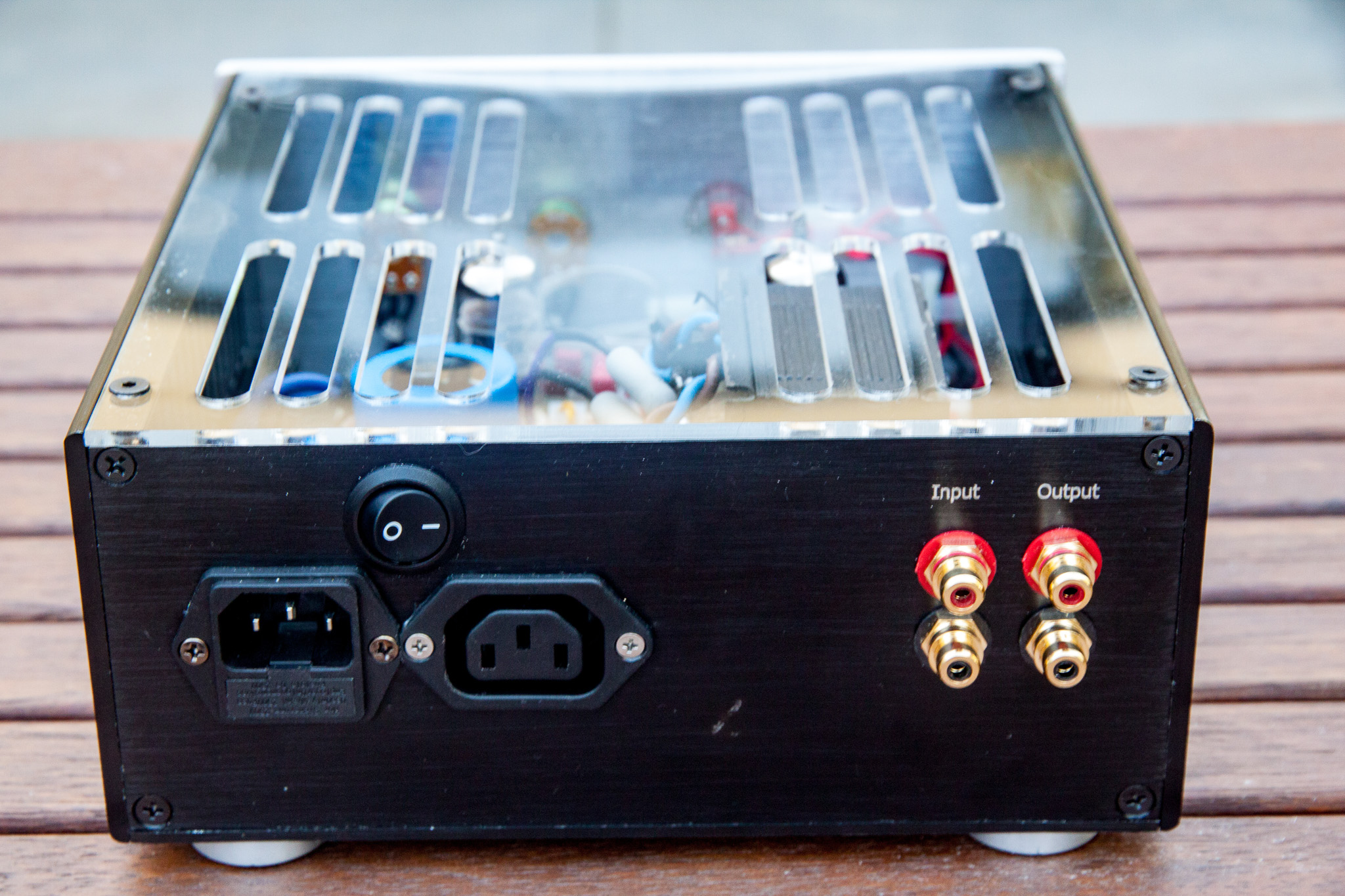 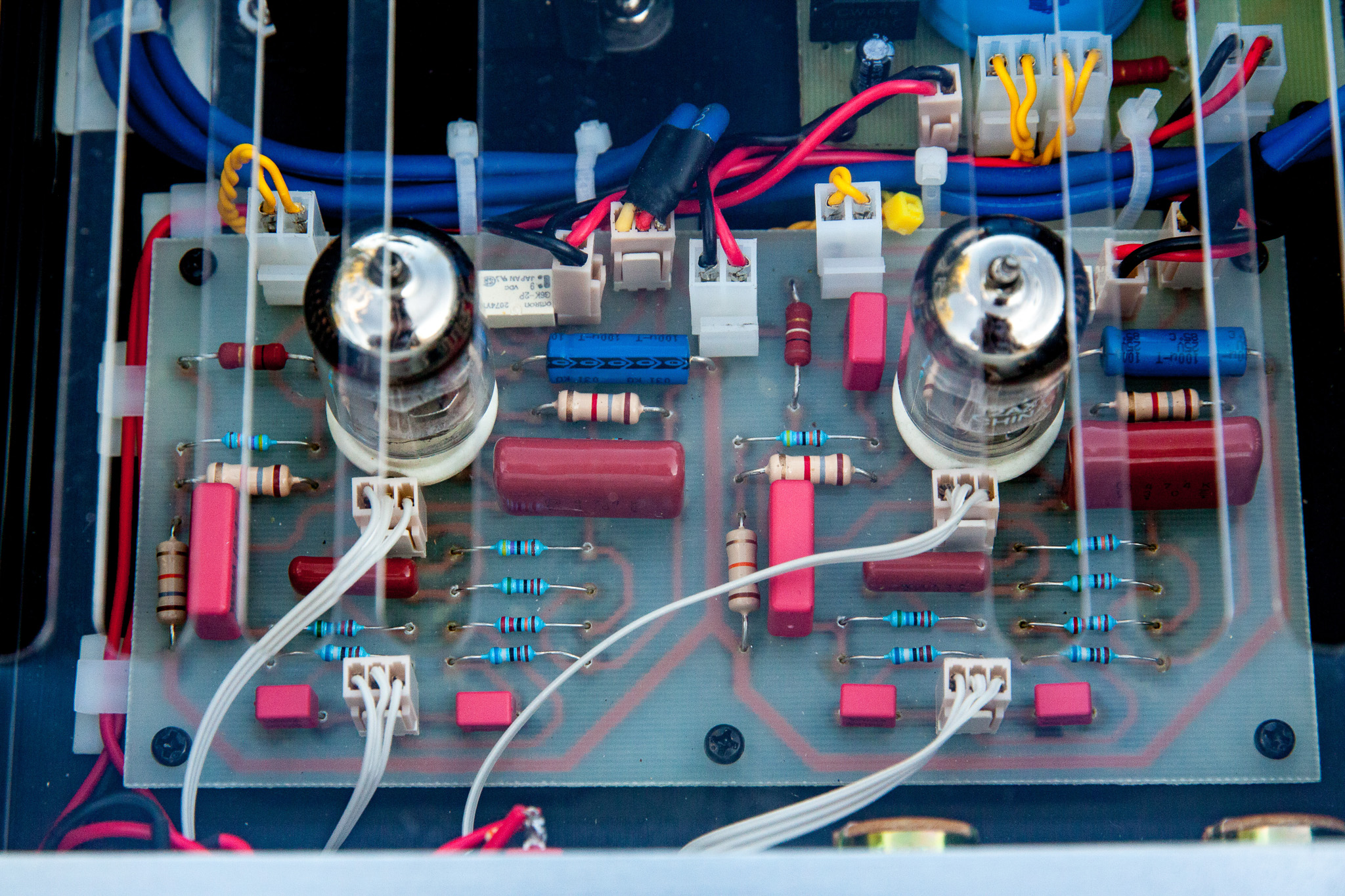