This amp was my first project – my introduction to building tube gear. Started in early 2016 and finally moved from the workbench to the listening room in the last days of the year, it has remained there ever since in almost daily usage.

The aesthetics of this one are such that only a mother could love it, but the point was to build something as a learning exercise, and I am sentimental about it as it was my first project. Plus is sounds utterly fantastic.

Everything about this amplifier was designed and built from the ground up. 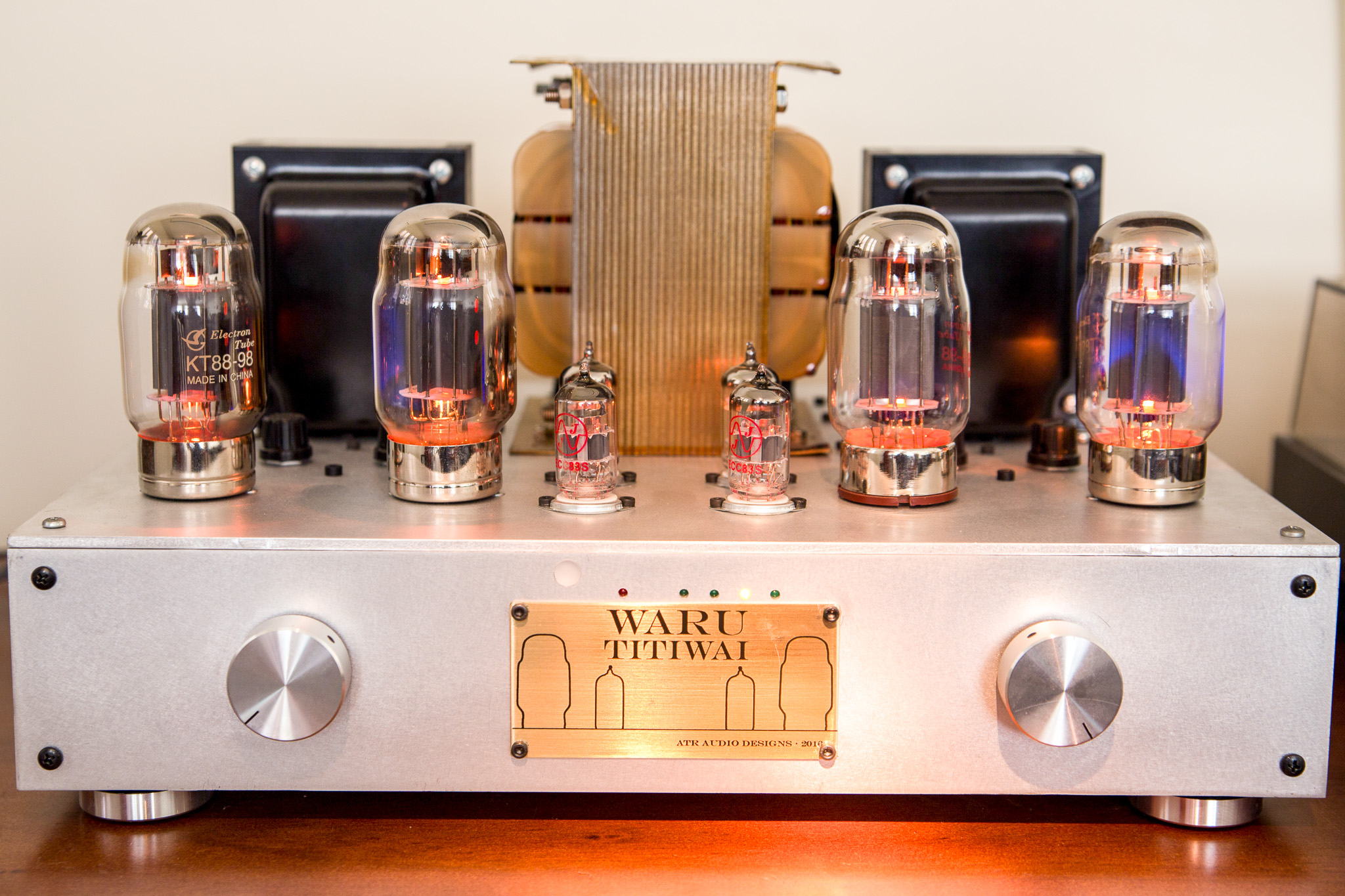 As per the constuction posts on the Blog section of this site, this represented the distillation of all the reading and learning and acquisitions I made during the period.

Topology-wise, it is a Williamson with Ultralinear output using a pair of KT88 per channel at 560V.

I had a local transformer company make me a custom-designed power transformer which works very well but wins every possible award for ugliness.

The power supply components are assembled onto a 150mm (6″) square hand-made PCB, the rest is point-to-point 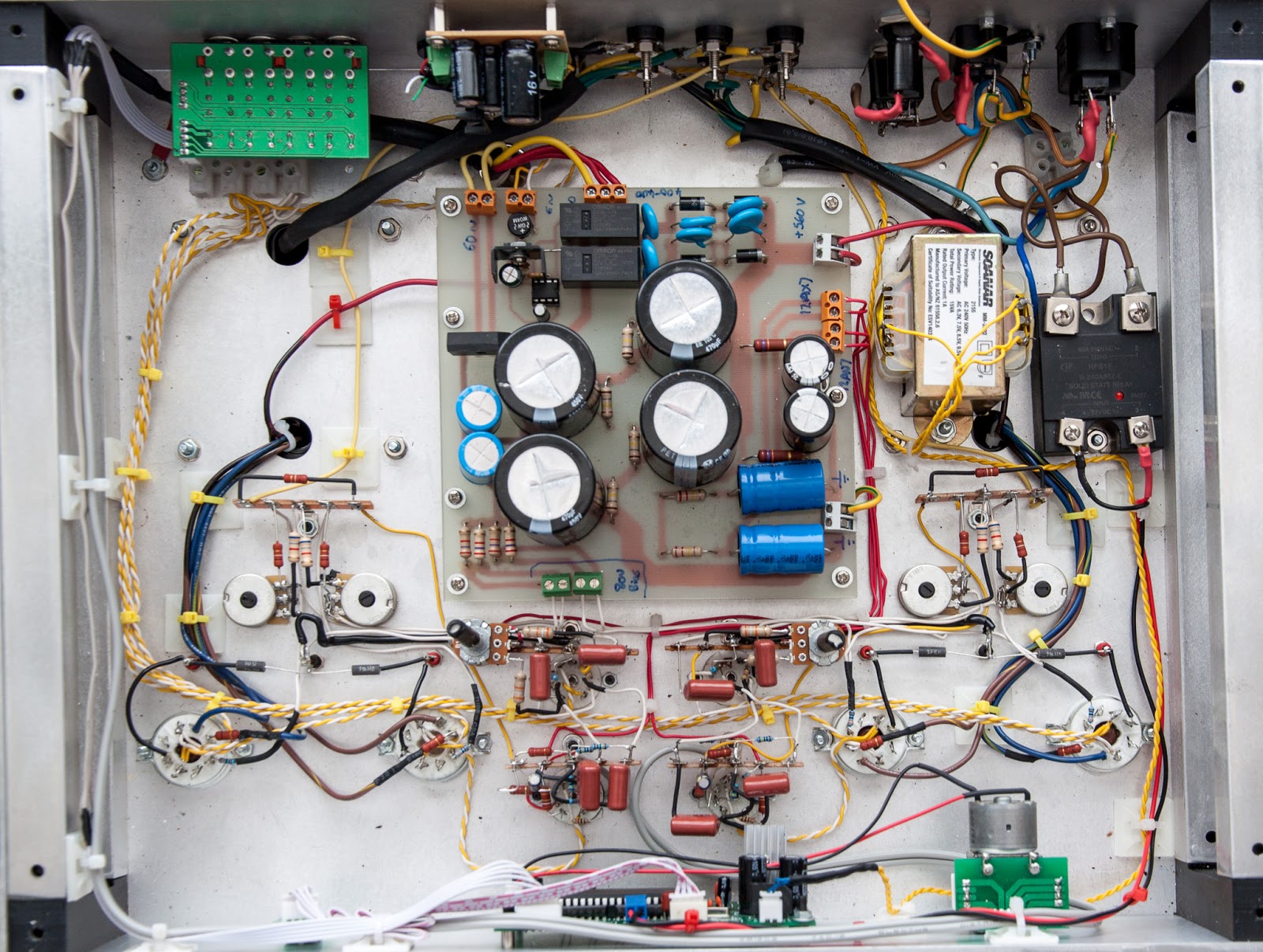 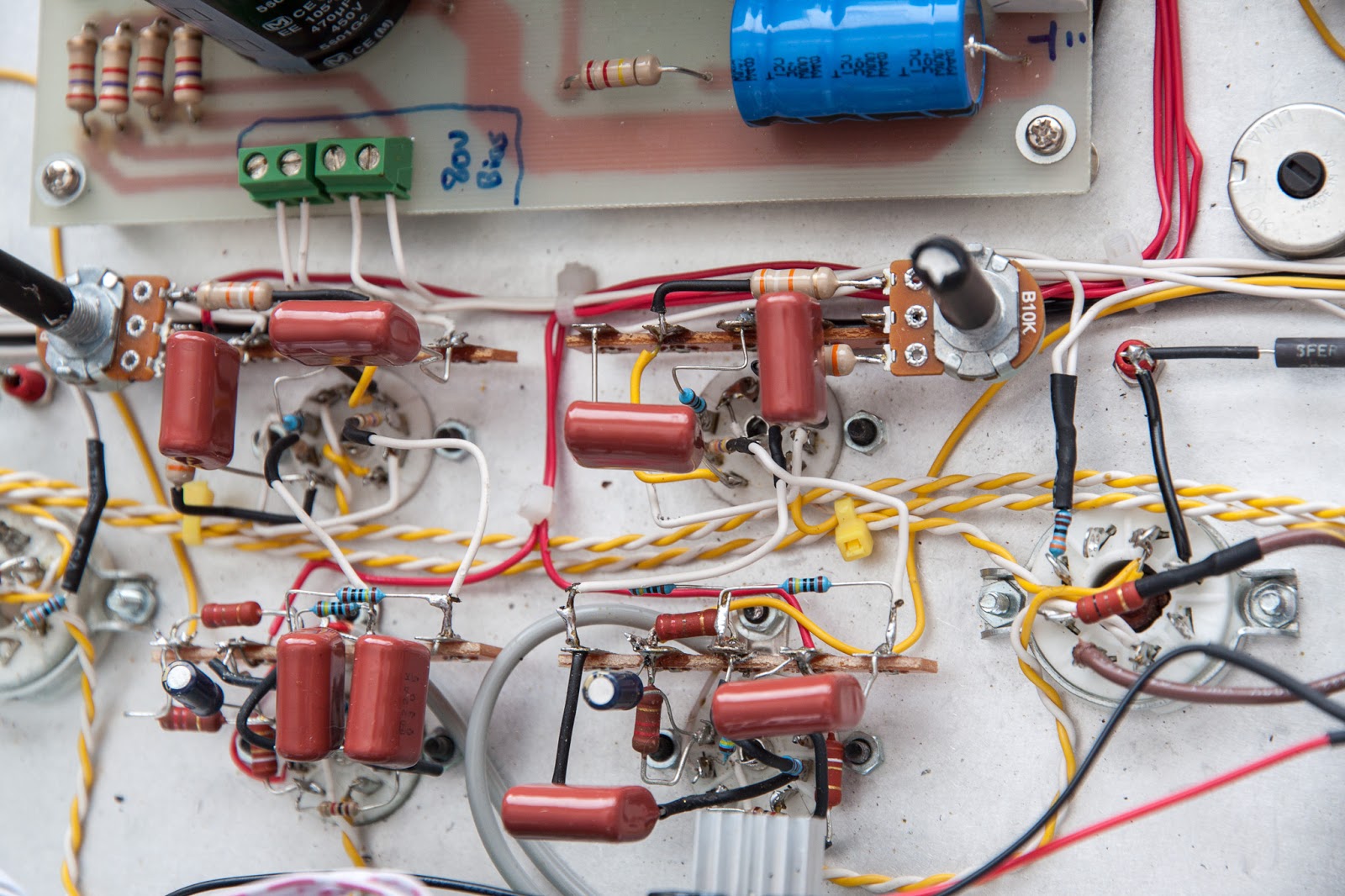 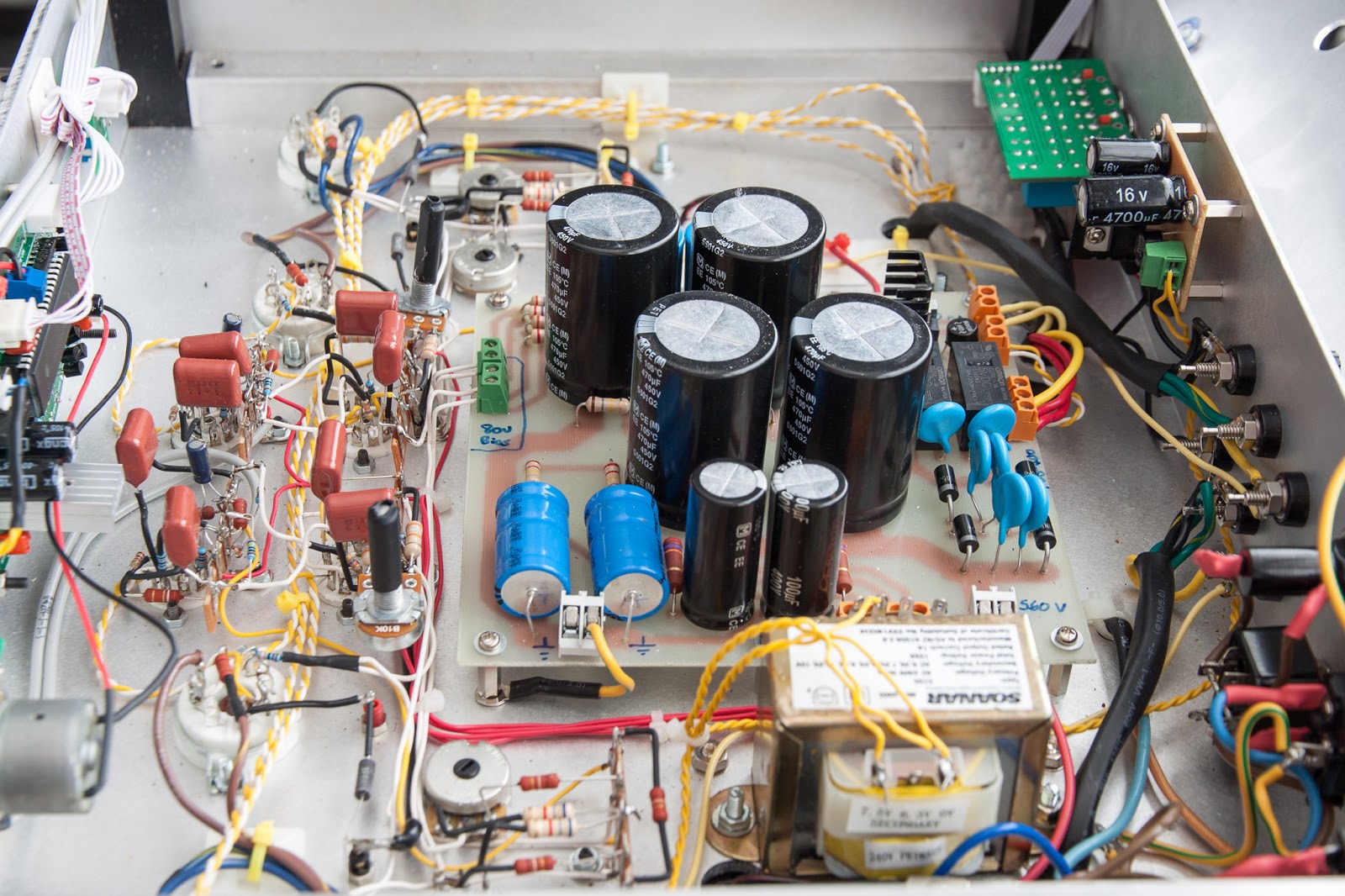 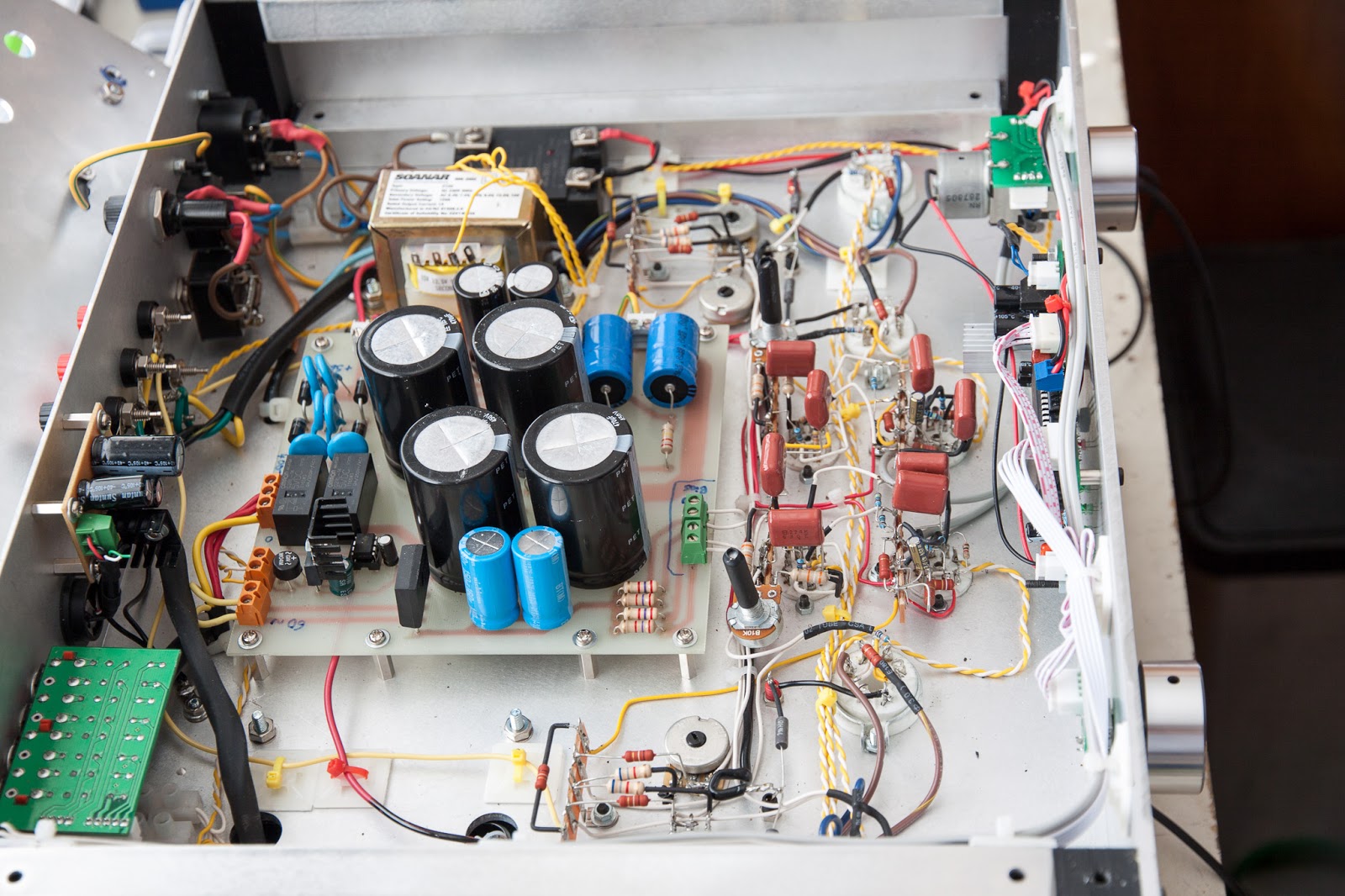 The power supply consists of a full-wave rectifier from the transformer 400 – 0 – 400 secondary. Rectifiers are 1N5408 and these are doubled up (connected in series) as the Peak Repetitive Inverse Voltage rating is exceeded in a single diode configuration.
The Power Supply includes a 30sec delay on the HT, implemented by a 555 timer IC with associated componentry, and two relays which sit between the transformer secodaries and the rectifier diodes.
Main capacitors are connected in series, with balancing resistors, since the 560V B+ exceeds their 450V rating.
The amplifier uses a Williamson topology with the initial gain and DC-coupled concertina stages provided by a 12AX7. The driver stage consists of a 12AU7. 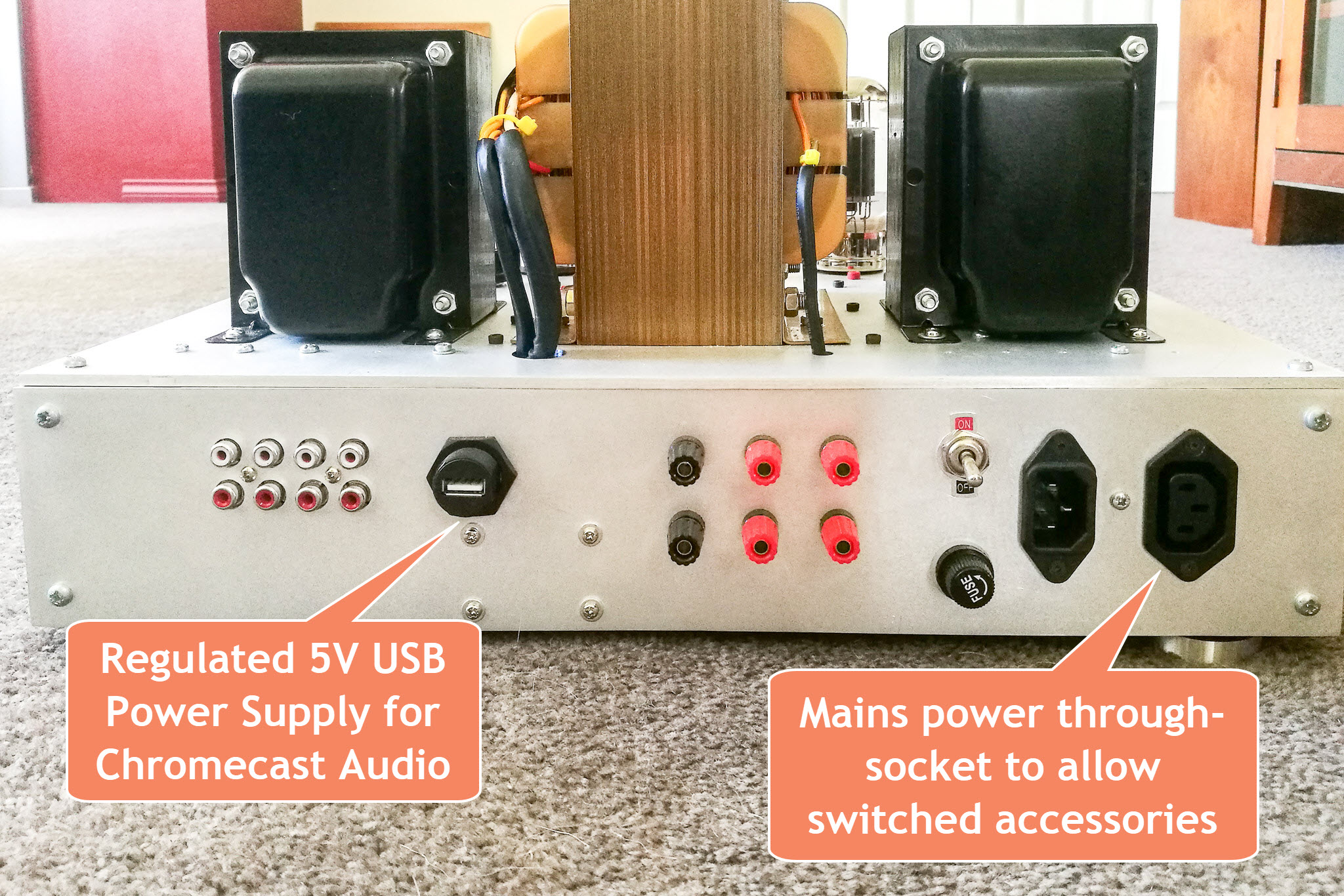 This unit was built with some concessions to convenience. A through-power port, to allow connected accessories to switch on with the main amplifier, in this case a separate phono pre-amp, and a USB power port with  a separate regulated supply, to power a Chromecast Audio.

How does it sound?

Glad you asked! Right from the initial listening tests, we were amazed at the clean, precise and immensely powerful sound from this machine. It replaced a Sony integrated amp of the same power rating, and everything about this one just sounded better. In the bass register the extension, power and control made the Sony look like a weakling. The clarity, warmth and imaging of the sound invites long listening sessions without fatigue.

Eight because there are 8 valves on it, Glow-worms because the valves glow. 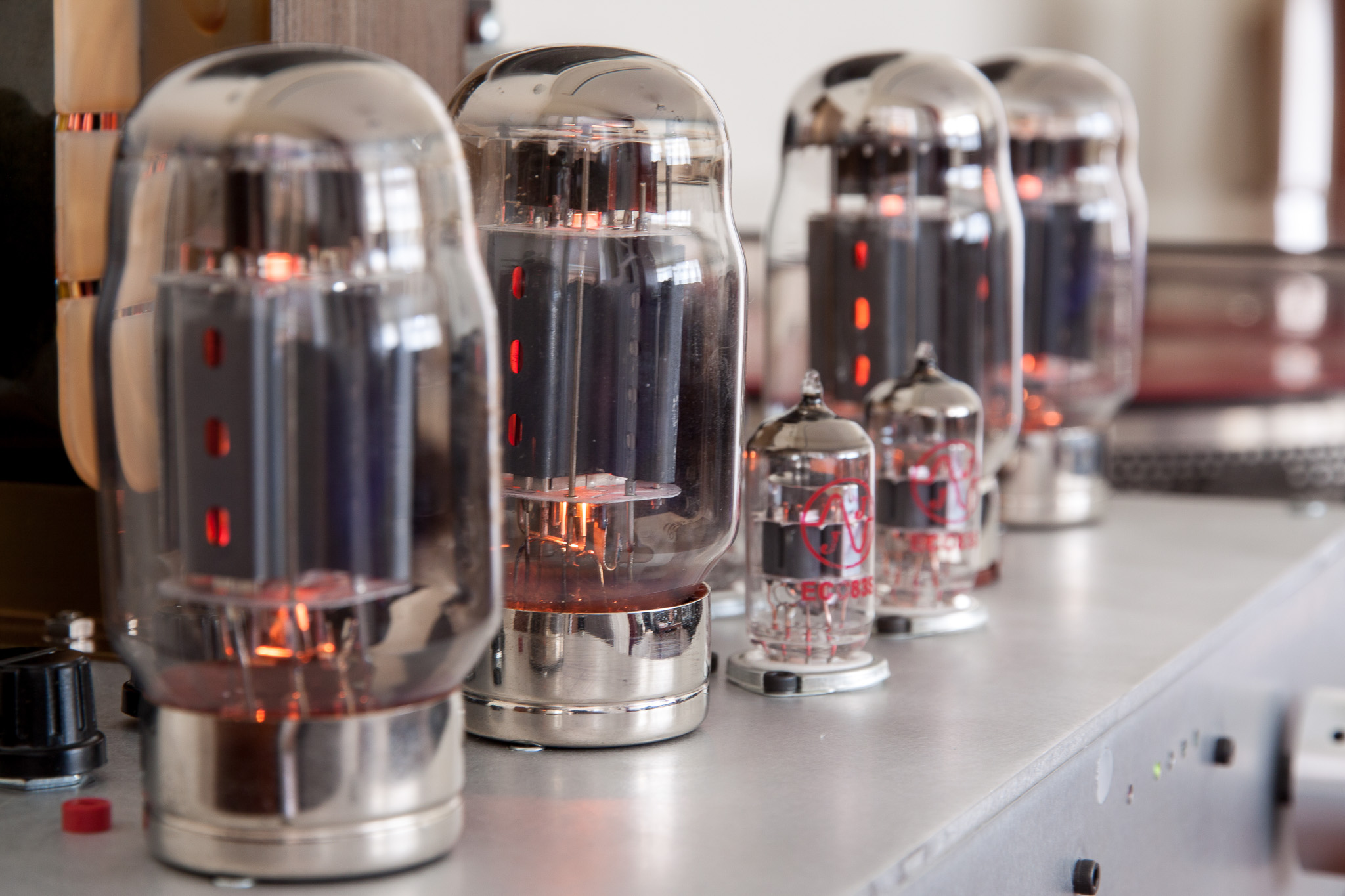 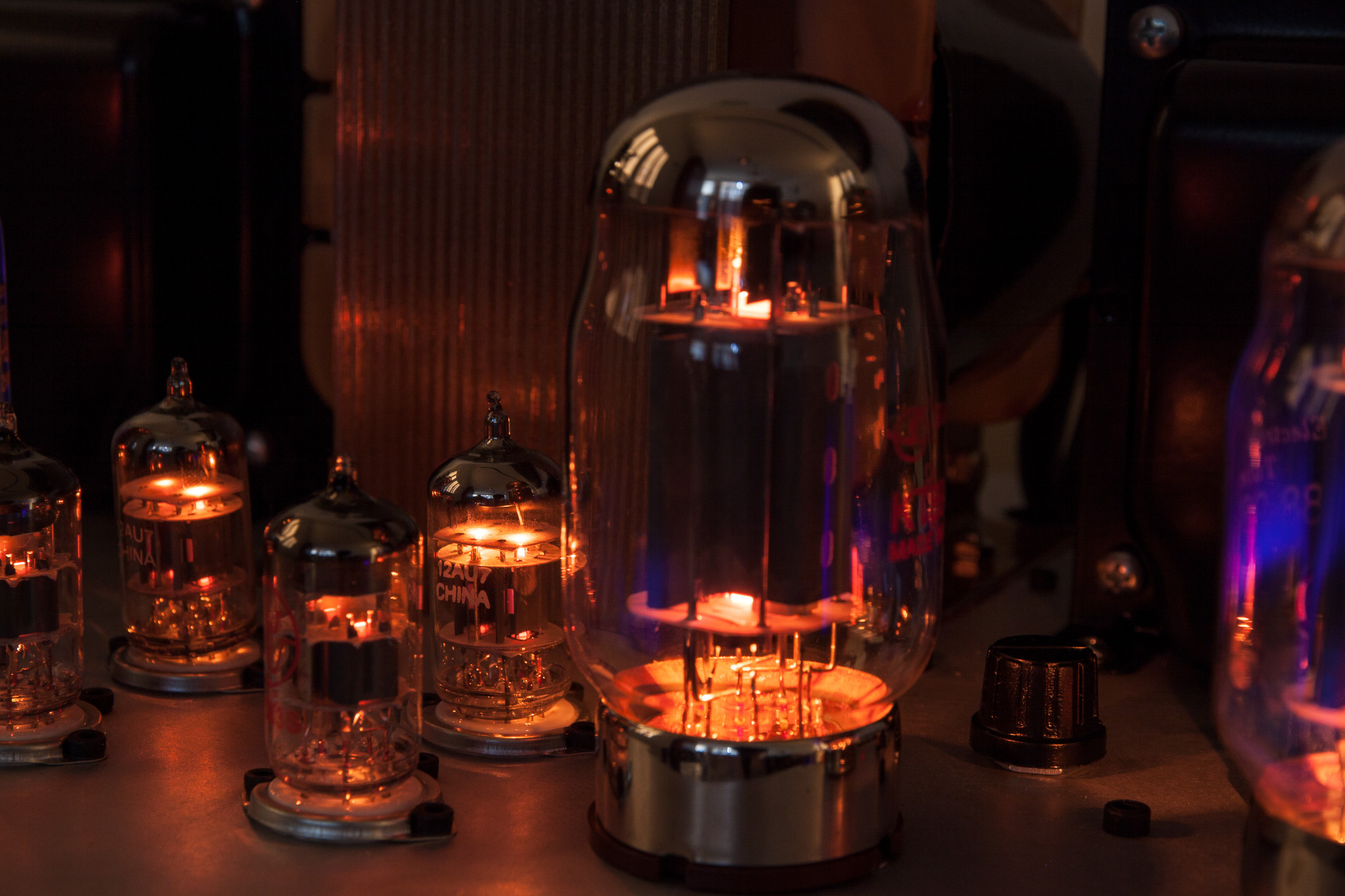