This is another example of customisation – the customer (another friend) assisted with the design.

Project 4 – an EL84 Amplifier build commissioned by a friend.

This amplifier was requested by a friend who had a long list of requirements:

And this all needed to be in a small chassis owing to the fact it is being shipped to Europe.
The preamp and output are exactly the same as the previous EL84 amp I build: 12AX7 gainstage, 12AU7 phase splitter, running into a push-pull pair of EL84 with fixed bias with Hammond 1650E output transformers.
The tone control is the exactly same circuit used in the previous project.
The amplifier was built with each module on a separate circuit board, to facilitate a modular approach to building future projects. The circuit diagram shows the boards according to colour (click to enlarge/download)

For the main amplifier, the same topology and transformers as the previous EL84 amplifier was used. However this one has a higher tube count because of all the extras.

Also, this amplifier was constructed entirely on printed circuit boards, to enable easy re-use of the modules in subsequent projects. Each module (RIAA, tone, headphone, preamp, PSU) was built onto its own board. 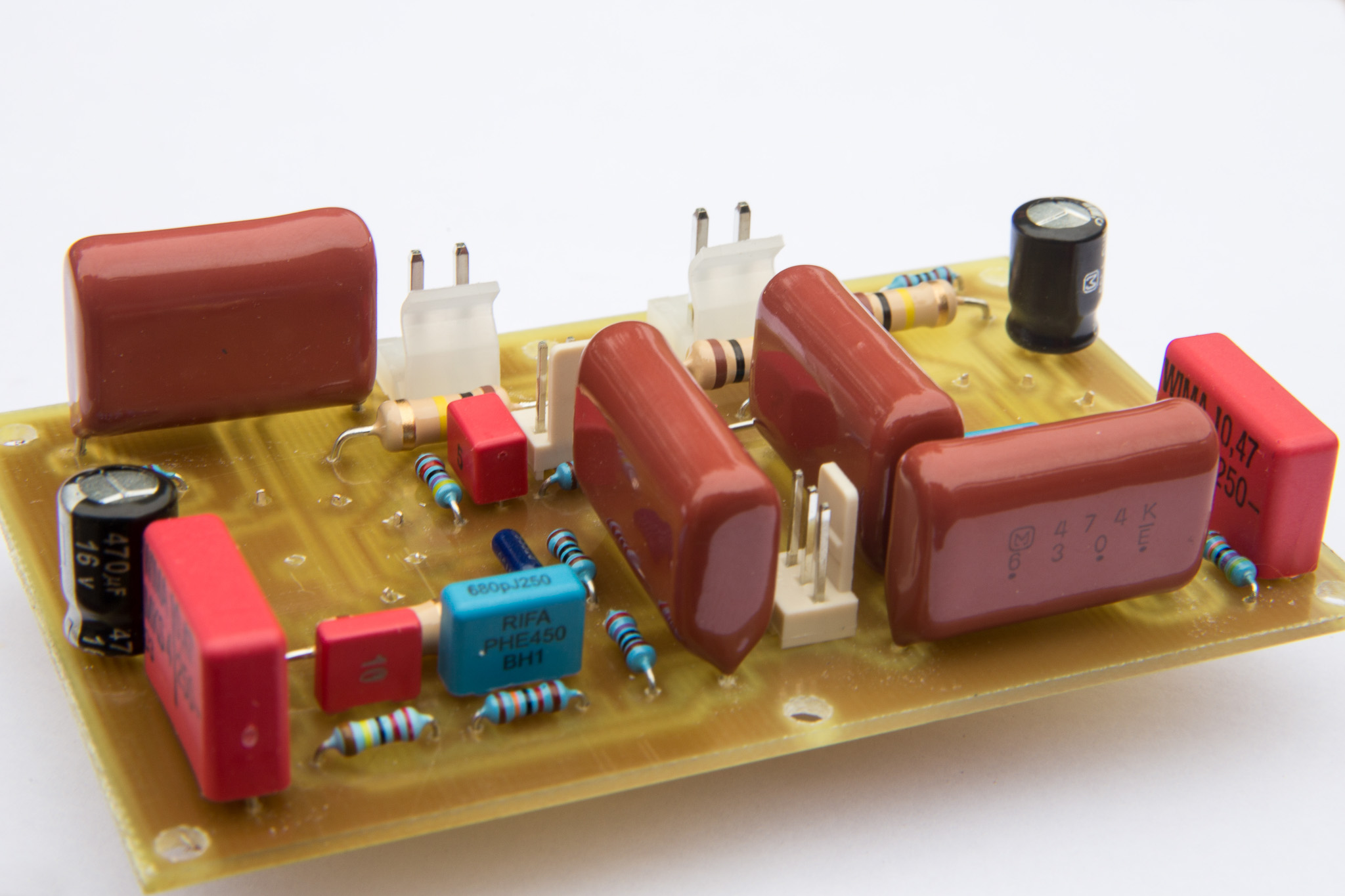 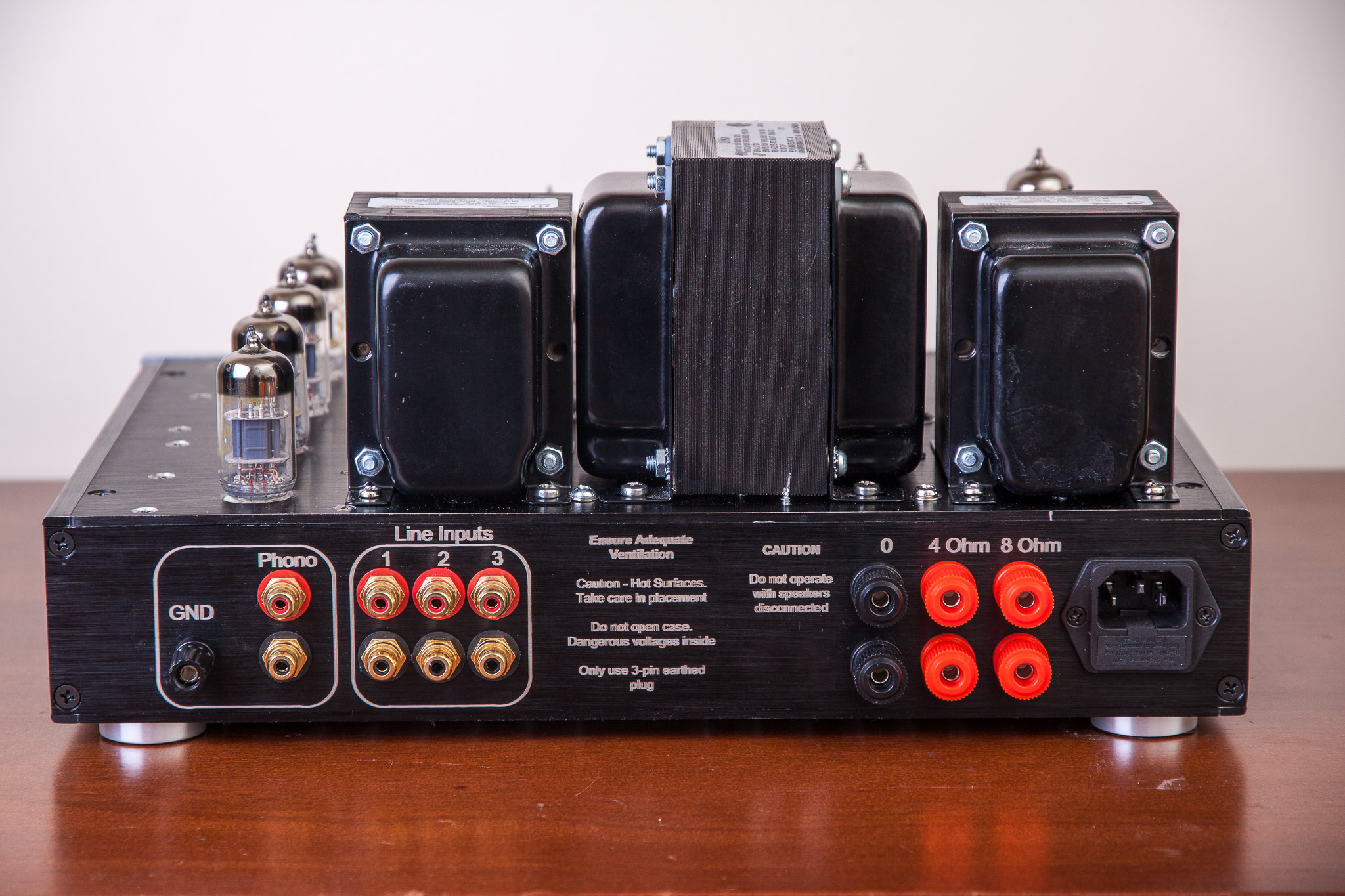 The power transformer is a Hammond 370FX which in hindsight does not represent a good choice for this amplifier. Previous projects have utilised custom-made mains transformers, but in the dual interest of cost and aesthetics, this amplifier used an off-the-shelf part.

The problem with this transformer is that it runs hot. Despite the total load being lower than its maximums, it runs hot and will continue to run hot even if not all of the boards are powered up.

If using Hammond mains transformers in future, I will be applying a generous de-rating margin.

Space in the chassis was very tight. Many variations on the theme were tried before deciding on the design.

The headphone stage is a White Cathode Follower push-pull topology utilising the ECC99 and coupled to the load by 470µF capacitor, no transformers are used. This stage will cleanly power headphones from 32 Ohm to 300 Ohm.

Listening tests
The sound from this one is clean, detailed and very pleasing. The main amp stage is based on the well-regarded Fisher X100, with the 12AX7 gain and 12AU7 phase splitter, though this design runs that 12AU7 closer to its 5mA sweet spot for linearity from a 300V B+ than the Fisher does.
The output stage is EL84 in fixed bias ultralinear, biased to 8.4W quiescent dissipation (70% of rated maximum)